In light of the history of sexual icons throughout our world, neglecting a look at arguably one of the classiest and traditionally forms of ‘sexy’ would be foolhardy. This by which I’m talking, is the art of burlesque dancing. “Burlesque has been a word used since the 17th century, deriving from the Italian word ‘burlesco’”, according to British Burlesque dancer Betsie Bon Bon. It’s safe to say by our standards, 1800’s Burlesque was not the sexiest but I’m sure it caused a few sexually ruffled feathers back in the good old days.

After its dip in popularity, its resurgence may have been predominantly prompted by Dita Von Teese and her strut-of-her-stuff, martini glass style in the 1990’s.  There are moments, (in the bedroom, in a strip club etc.) where stripping is sexy, but adding a seductively slow, smoky eyed, strutting around a stage, nail bitingly prolonged strip tease with a touch of class, could arguably be the sexiest movement of the late 20th century. 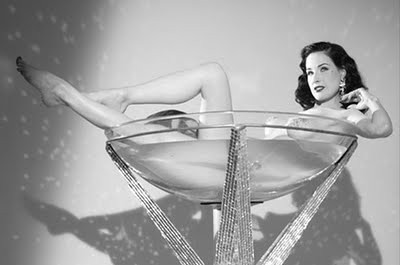 Stripping is understandably sexy, but the point of that for us is the outcome, not the process. In this case, Burlesque eliminates the preoccupation with the outcome and focuses on the sexualisation and class through the build up. The attention to detail of the garments and the painfully slow way they disperse them has introduced an illuminating new factor of sexiness. Even if it didn’t, a wet sex icon in a martini glass will always do the trick.